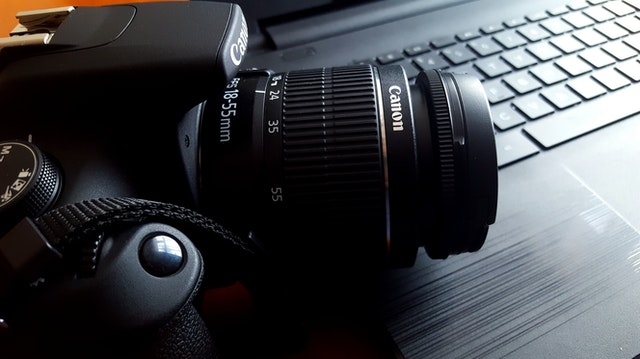 A year has passed since the writing of the article about the best vlogging camera with flip screen, which means it’s time again to take stock and choose the best digital film Camera in 2021, which camera is better to buy for photo and video filming in 2021. No one could have imagined that this year would be hellish not only for photo and video professionals but also for the entire service sector. Probably someone got tired of the fact that more and more people began to break free from the herd … Many had to either become freelancers or return to the stall …

The year was difficult not only for buyers of photo and video equipment but also for manufacturers. Smartphones in an ever wider range of models are taking the 4k @ 60 milestones for video shooting, more and more demanding 4K 10 bit 4: 2: 2 from professional video, and professionals instead of filming are looking for orders for commercial video editing.

In this review of the best cameras for video filming in 2021, we will raise the bar for entering the camera rating with one simple condition: the cameras being reviewed must record video in 4K at a frame rate of 50 in PAL or 60 in NTSC. Why this criterion? – because smartphones and cheap Chinese action cameras already know-how, and because it is inconvenient to rearrange ND filters on reportage shooting, and because 2021 is already on the way.

In the video below, Mike Toptygin will share his thoughts on the future of the photo market. In particular, the fact that the actual purchaser of the Olympus Photo Division is Sony Corporation.

Will not include the following universal cameras released in 2020

Another strange idea in 2020 was the release of the Sony ZV-1 and Lumix G100 cameras, which manufacturers for some reason call “blogging” or blogging cameras. What are these cameras for bloggers ??? They do not provide adequate stabilization when shooting handheld on the go and are de facto another marketing gimmick. Against their background, DJI Pocket 2 is a much more blogging camera …

All cameras from this review can shoot 4K 60 fps 10-bit video, including with logarithmic and hybrid logarithmic gamut and HDR, do a good job of shooting at high ISOs, have microphone inputs and headphone outputs. The differences in the key capabilities of the monitored cameras are given in the summary table at the end of the article. Let’s start our review of the Fujifilm Mirrorless Camera. Introduced in February 2020, the X-T4 went on sale closer to the summer. A dream come true for many videographers – they got the X-T3 with a tilt-and-turn screen. And photographers received a new shutter design – it became quieter and with less “impact.”

The stepwise change of auto ISO has not gone anywhere, and almost no optics suitable for reportage video have been added. The 16-80 / 4 has appeared – so it is Fujifilm X-T4 digital film Camera in this review. 16-55 / 2.8 temporarily sent to rest due to the lack of optical stabilization and a small range of focal lengths.

The X-T4 is the only camera in this 2021 video camera rating that can record 24-bit audio, which will help you out more than once in post-processing the audio track.

The X-T4 has a dual memory card slot and can record video in two modes: Continue Recording and Backup (complete duplication of files).

When shooting movies in non-linear gamma profiles, the minimum ISOs are limited:

which can be inconvenient in conditions of reportage shooting outdoors during the day. The L Mount system seemed not logical and overdue at the time of its appearance. Still, at a relatively affordable price tag, we have a camera that has several excellent characteristics for shooting video and the only camera for video 2021 that has no limit on the time of continuous video shooting. At the same time, the camera is quite compact for a full-frame one. The only and huge disadvantage for videographers when shooting on the Lumix S5 will be the contrast DFD autofocus, which, if you can rely on, then with great caution.

And if you are the owner of a Lumix GH5 camera. This is a very good option for changing the system to a more light-sensitive one.

The S5 company this time is a new inexpensive high-aperture zoom with a constant maximum aperture of f / 2.8. But if a small range of focal lengths does not suit you, then the system also has a not very expensive universal zoom 24-105 / 4. The R6 best vlogging camera with flip screen is not only a cheaper camera compared to the R5. But it also does not overheat when shooting videos in 4K 30fps mode. In 4K 60fps mode, it can record video for about 45 minutes without overheating. Due to the low resolution of 20 MP, the camera’s sensor shoots better at high ISOs.

The camera has the best in-camera image stabilization system after Olympus cameras.

The R6 is limited to semi-automatic video modes. Only fully automatic exposure or fully manual exposure is available to the operator. The only way to get a “semi-automatic” exposure mode is auto ISO with manual video exposure.

The next firmware update taught the camera to simultaneously record video on 2 memory cards and added the C-Log 3 logarithmic shooting mode. So here is the most revolutionary camera of 2020 – the Canon EOS R5 best vlogging camera with flip screen, which ushered in the era of 8K video shooting in the consumer and semi-professional segments of photography; however, smartphones and here are somewhat ahead of cameras.

Yes, the camera overheats when shooting video in 8K, and the output files are large. A powerful computer is needed for video editing, but in principle, you can shoot such a video and, for example, send it to a video stock. To extend the video recording time without overheating, you can use an external video recorder.

The EOS R5 can shoot uncompressed RAW video and 4K video at 120 fps.

Canon EOS R5 has a somewhat non-classic mode of dubbing video files when recording on two memory cards: video in RAW format is recorded on card # 1 (CFexpress), and MP4 proxy file on card # 2 (SD). In this mode, video recording stops if one of the two cards is full. The Canon EOS 1D X Mark III Best camera for concert photography went on sale in early 2020, and besides being a full-frame camera of the highest professional quality and even more so, this is the only DSLR in this review. It is also a serious camcorder. This is the first full-frame Canon camera to learn how to shoot a 4K video without an additional crop. However, Dual Pixel AF does not work here yet in the 4K best vlogging camera with flip screen.

This DSLR is in last place, not only because of the huge price tag and no less modest dimensions. 1D X m3 has a fixed screen that is not convenient for shooting video. And does not have an in-camera image stabilization system.

But a huge park is available for this camera, not expensive, including used optics.