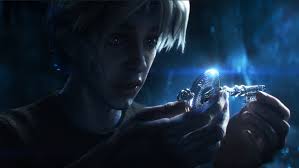 With the announcement of Unshared News: Facebook’s official name change to “Meta”, the rapidly popular “meta-universe” concept once again set off an upsurge of attention. Under the enthusiasm, is the meta-universe a “wind mouth” or a “tiger mouth”? How should the “meta-universe” be treated rationally? These issues deserve serious consideration.

The concept of “Meta Universe” became popular, as if overnight, “Meta Universe” stood at the “wind” of the times, driving the rise of related concept stocks. “Meta universe” is not a new term. It first came from the compound word (meta+universe) created in the science fiction novel “Avalanche” published by American writer Neil Stephenson in 1992. This time, Facebook CEO Mark Zuckerberg announced that Facebook has officially changed its name to “Meta”. The word “Meta” is taken from the prefix of “Metaverse”. Taking advantage of the people of the times and the current craze for future concepts and technologies has made the “meta-universe” the limelight for a moment.

Just as Neil Stephenson described the “meta-universe” in the novel “Avalanche”, as long as a person wears headphones and eyepieces and finds a connection terminal, he can enter the virtual reality that is simulated by a computer and parallel to the real world as a virtual clone. space. The “meta-universe” is different from the current real world. At present, it is only a kind of imagination of the future world. In the era of the “meta-universe”, the boundary between the virtual world and the real world is further blurred. It requires VR (virtual reality), AR (augmented reality) technology, as well as cutting-edge technologies such as big data, transmission technology, edge computing, cloud computing, graphics computing, and AI (artificial intelligence) to make the virtual world more “real” feel”. Looking at it now, the development of these cutting-edge technologies is still far away from the “meta-universe”.

Despite this, the capital market took the lead in responding. Some people took the “Meta Universe” as an “outreach” and invested in the market, which drove the rise of related concept stocks. Among them, there are many people who “dare to eat the first crab”, but there are also people who are eager for quick success and a quick profit, wanting to use the “meta-universe” gimmick and use the high-tech concept as an MLM tool to profit from it.

Similar practices have been repeated in recent years. For example, after scientists made major breakthroughs in the field of quantum communication, many illegal businesses soon launched products packaged with the concept of quantum technology. Another example is the use of the technology hot word blockchain to take the opportunity to speculate, or to “cut leeks” with high currency values, or to practice “MLM coins” in the name of “virtual coins”. This has also led to the occurrence of fraud cases one after another, which has seriously damaged the rights and interests of consumers.

Therefore, with regard to the meta-universe concept, we must guard against excessive hype, and prevent the “outcome” from becoming the “tiger mouth” of investors and the “entrance” of swindlers. Investors need to bet on “meta comic” related concepts rationally. To be able to see the potential risks behind them, they may wish to let the “bullet fly a little longer” to prevent “meta comic” from repeating the mistakes of the blockchain bubble. Regulatory departments should not stand idly by and should be able to intervene appropriately. For criminals who take advantage of the opportunity to fish in troubled waters, they should be able to increase punishment in accordance with the law and increase the cost of violations.

It is necessary to guide the standardized and healthy development of related industries of “Meta Universe”, so that high-tech concepts such as “Meta Universe” can be truly used by the times and benefit the times, instead of becoming a tool for liars to accumulate money. Investment “bubble”.