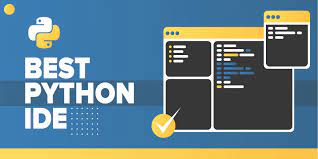 Python program editors are designed to make it easier for programmers to write and debug their programs. A huge codebase may be easily managed and deployed quickly with the help of these Python IDEs. Desktop and web applications can be created using these editors. For continuous integration, developers in any python development company can use the Python IDEs.

What is an IDE?

All the fundamental tools for Python software development can be found in a Python IDE (Integrated Development Environment). It aids in work automation and increases the developer’s productivity and efficiency.

An integrated development environment (IDE) for Python includes a compiler, automation tools, a code editor, debugging tools, and many other features that make it easy to compile, execute, write, and debug Python code.

Source Code Backup, Debugging, Automatic Code Formatting, and Syntax Highlighting are only a few of the additional features needed for a better Python development environment. When it comes to deciding which IDE is the best for you, this article has already done the legwork for you, so you don’t have to worry about it anymore.

PyCharm: This is one of the most popular IDEs (Integrated Development Environments) for developers. There are several notable features in PyCharm built by JetBrains, such as an IDE for code completion and rapid repairs, Debugging, Testing and Profiling tools, and the VCS, Deployment, and Remote Development options.

Django, Flask, and other popular web development frameworks are supported by PyCharm and JavaScript, JavaScript CoffeeScript TypeScript HTML, and CSS. Even more so, PyCharm has a commercial edition and a free one; the paid version includes additional features like the Scientific tools, Python Profiler, and Remote development capabilities.

PyDev: PyDev, a well-known and useful Python IDE is next. In reality, Aleks Totic’s PyDev is a Java plugin that turns Eclipse into an IDE for Python development. Aleks Totic designed PyDev. Code completion, Code Analysis, with a Debugger, auto import, and Refactoring are some of a developers’ most sought-after features.

Spyder: It’s another Python IDE that is highly recommended for developers. It’s a Python IDE that’s open-source and free, and it comes packed with useful tools like sophisticated analysis and debugging performance benchmarking and in-depth code examination. You can also use the GUI mode to perform searches and edits on the variables.

Using the Anaconda package manager, you can easily install Spyder even if you’ve never done so before. Several scientific Python libraries can be integrated into the Python development environment (e.g. Mathematica), which indicates that it was designed for data scientists and engineers since it provides you with a robust scientific environment to work with Python.

Thonny: To make things easier for Python developers, notably newcomers, Thonny has been built as a lightweight IDE (Integrated Development Environment). It has a simple UI and a limited number of functions that make it easy to use for novices.

It provides a simple debugger for debugging and allows developers to see how their shell and code commands affect the python variables. In addition, Thonny offers useful features like statement stepping without live variables during debugging, breakpoints, distinct windows for running function calls, and a simple and clear pip GUI, to name just a few of them.

Python is a widely-used programming language. Many IDEs are available for paid and free use, making it easy to find one that fits your needs.