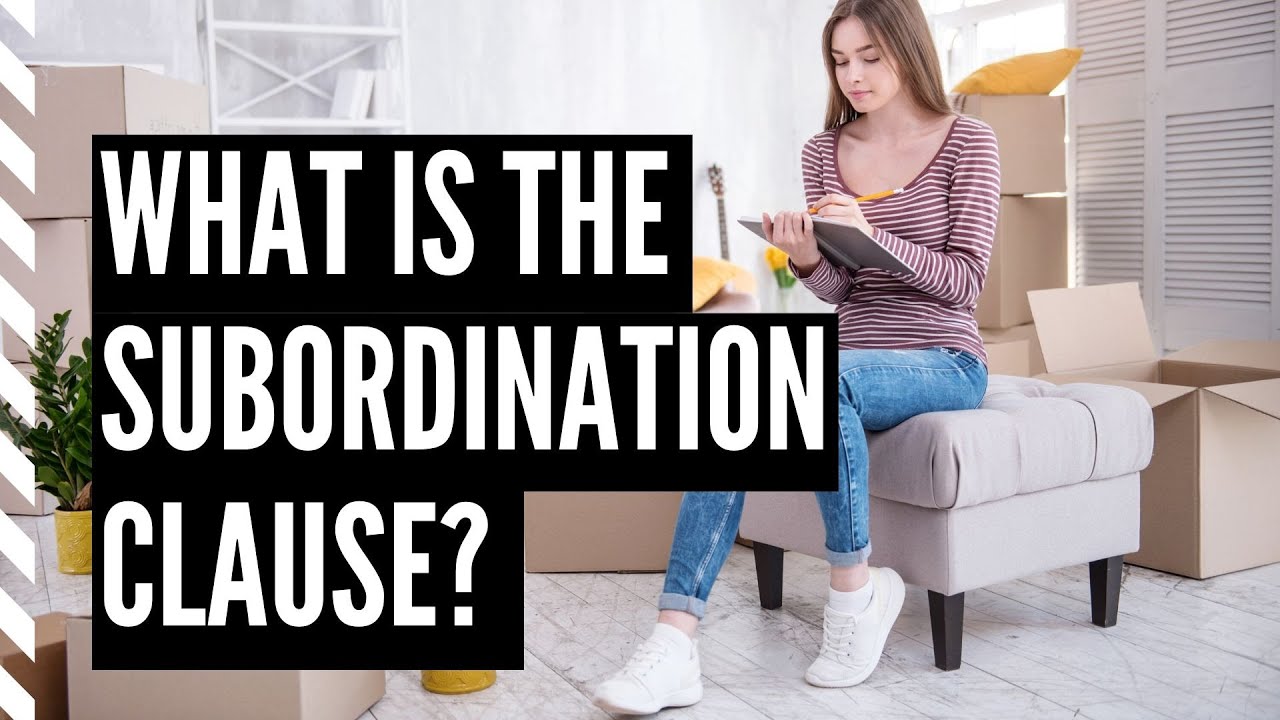 Credit institutions take various risks when issuing mortgages. Due to the complexity of the real estate market, property transfers, liens, and other financial problems can arise out of the blue. Instead of abandoning their financial interests by chance, they can use subordination clauses in real estate to ensure that their payment rights are prioritized over other agreements.

When a house is repossessed and liquidated for cash, the first mortgagee gets the first right to the proceeds of the sale. In order to adjust the priority of the loan in the event of default, the lender may apply a subordination clause, without which the loan takes precedence in chronological order.

​​What Is the Subordination Clause In Real Estate?

The subordination clause essentially elevates the existing claim in the treaty above any subsequent agreement that came after the initial agreement. This provision is most often seen in mortgage and bond issuing agreements. For example, if a company issues bonds in the market with a subordinate clause, it guarantees that if more bonds are issued in the future, the original bondholders will receive payments before the company pays all other debt issued thereafter. A secondary clause provides additional security for the original bondholders by increasing the likelihood that they will be able to recoup their investment.

Subordination provisions are most commonly seen in mortgage refinancing contracts. Consider a homeowner who has a primary and a second mortgage. When a homeowner refinances his primary mortgage, the first mortgage is canceled and a new mortgage is issued.

However, if the borrower’s financial situation has deteriorated or if the property’s value has dropped significantly, the second mortgage lender may not be willing to enforce the subordination clause.

If the second privilege includes a subordination clause, the primary mortgage on the same property might have a better credit rating. If repayment becomes difficult, like in bankruptcy, the subordinated loan will lag behind the main mortgage and may never be paid.

Who Benefits From The Subordination Clause?

The subordination clause is intended to protect the interests of the main lender. A primary mortgage usually covers the cost of buying a home; however, if there is a secondary mortgage, the clause ensures that the primary lender retains priority number one. In other words, the main lender’s claim will replace the other financial claims.

The subordination clause is usually used when a home loan is refinanced. Refinancing involves paying off the original home loan and making a new loan at a different interest rate. In theory, this would put a new lender at the end of the priority list, but mortgage lenders require that their loans come first. So, to refinance a home, other credit holders must agree before refinancing can begin.

Obviously, some financial claims or liens cannot be reset and the appropriate party will not always agree to refinance.

For example, if a homeowner fails to pay taxes, the IRS may impose a forced lien on the property. If later, the homeowner tries to refinance, that decision will be up to the IRS. They may say yes, but then again, in the end, it’s up to them. 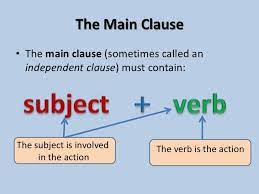 Investors finance and refinance their real estate investments. The lender bears the risk of bankruptcy of these investors. However, what is the consequences for the tenant if the investor fails to pay the mortgage? Lenders will want to foreclose on properties to get their money back, but what about tenant-to-owner leases?

As a condition for financing, a commercial lease may contain a subordination clause that makes the lessee’s interest in the property dependent on the lender in the event of foreclosure. The problem then becomes the tenants who lose their space if the lender forecloses. For this reason, the tenant has the option of pursuing a do not disturb agreement which will allow the tenant to remain in the space under the terms of the agreement.

Here is are some subordination clause examples:

The Guarantor undertakes and accepts that, after the occurrence and during the continuation of the Event of Default, all debts, claims, and obligations owed by the Borrower or one of its Subsidiaries to the Guarantor, whether originating from loan Documents or not, are subject to full payment in advance from Protected Bonds and thus subordinated as claims against the Borrower or its Subsidiaries or their assets, whether such claims are in the normal course of business or in the event of voluntary or involuntary liquidation, dissolution, insolvency, or insolvency, so that no payments in respect of such debts, claims, or obligations will be made or received during the occurrence of the Event of Default. However, to the extent that the Guarantor accepts such payment, this amount will be kept in trust for the benefit of the Lender and will be immediately paid to the Lender to be credited and applied to the Guaranteed Liability and collection fees, obtained or not obtained, in accordance with the terms of the Loan Agreement or, if possible, from other Loan Documents.

(b) Each Guarantor and Grantor hereby agree that all debits and other monetary obligations owed by it to, or by, any  Guarantor, Grantor, or other Subsidiaries will be fully subject to a full cash payment of the Liability.

(b) below, this lease agreement will be subject to and subject to the current

underlying lease agreement and/o land mortgage or in the future may affect this Lease or property that forms part of the Building and all renewals, extensions, additions, changes, modifications, consolidations, and/or replacements of the underlying land leases and/or mortgages. The lessee must immediately, at the request of the Lessor, execute and deliver any additional instruments desired by the mortgage holder or the lessor under the underlying lease of the land. In the event that the lessor’s mortgagee reasonably requests changes or additions to this Agreement, the Lessee agrees to amend this Agreement to make such changes or additions and the Lessor will bear all costs of preparing and registering the necessary written instruments; provided, however, that nothing in this Paragraph 16 obliges the Lessee to accept any change in the rental amount required by the Lessee under this document, or for any change in the term of this lease.

(b) As a condition of Lessor’s subordination of this Lease to any future leases and/or mortgages, Lessor will provide Lessor with a non-interference agreement in the form attached to this Annex E (“SNDA”). In connection with the execution of this Lease, the lessor will arrange for all current stakeholders of this lease to execute and submit the SNDA to the lessee.

(c) At any time and from time to time but  not less than ten (10) working days upon the written request of the Lessee, the Tenant will execute, acknowledge and deliver to the Tenant, immediately upon request, a certificate of confiscation stating:

The date, if any, on which the rent and other amounts are payable under this letter and the amount of the security deposit and rental advance, if any;

That to the effective knowledge of the Tenant, without investigation, the Tenant is not in default under this document, with the exception of the default specified in this certificate;

Subordination clause real estate is just one of the many terms you will find in real estate contracts, including contracts for the sale, purchase, sale, property, and land.

From subrogation clauses to release clauses, other significant real estate clauses can include the following:

Subrogation clauses give one party the right to make another party’s claim. With a subrogation clause, the insurer is free to sue a third party if he or she has caused damage to the property, such as fire or water damage, while still paying for the property on a mortgage note.

When terms and conditions are not followed, an accelerated clause permits a lender to accelerate mortgage payments. They define triggering events such as nonpayment, insolvency, and unlawful transfers of ownership, as well as remedies that lenders should strive to accelerate. When the acceleration clause is triggered, the lender is required to write a letter to the mortgage holder.

A sale clause also called due on sale clause, requires the holder of the mortgage note to repay the entire balance with interest before the property is transferred to another buyer. They clarify the terms and circumstances pertaining to the borrower’s contractual obligations and their discharge. Alienation provisions generally assist lenders by preventing the transfer of unauthorized property.

A termination clause is a provision that stipulates that the mortgage borrower will receive the right or trust deed upon fulfilling the contractual obligations. They typically sum up the loan’s finalization and how the collateralized collateral will be handled. Most states do not require you to include a defeasance clause in order for your contract to be valid.

An early repayment clause gives the creditor the authority to penalize the debtor for paying the loan significantly in the first five years of the transaction. This clause primarily benefits lenders because it offers some form of interest income protection. They must also explicitly state a prepayment penalty when the borrower closes the mortgage.

Subordination Clause In A Trust Deed

A subordination clause in a deed of trust is a contract that serves as a junior lien. It works like this: you have a mortgage on a first-placed home. The property’s worth, for example, is $500,000. The amount owing is $475,000. The owner wants to borrow an additional $50,000, making the property burdened for more than its worth. The initial lender offers to take a second spot, giving the borrower first place. However, if equity is depleted, this will seldom, if ever, occur. A subordination clause in a trust deed is of greatest benefit to the primary lender.

Real estate subordination clauses and the laws surrounding them are complex. You should consult with a legal practitioner about a number of issues and subtleties. If you require legal assistance with real estate subordination provisions, consult with a real estate attorney for counsel and direction. With that said, you’re likely to come across this clause at some point in your homeownership journey. As a borrower, mortgage subordination will not affect you unless you plan to provide additional liens on the property.